When in doubt, blame open source

If you've not read my previous post on thought leadership, go do that now, this one builds on it. The thing that really kicked off my thinking on these matters was this article:

Security liability is coming for software: Is your engineering team ready?

The whole article is pretty silly, but the bit about liability and open source is the real treat. There's some sort of special consideration when you use open source apparently, we'll get back to that. Right now there is basically no liability of any sort when you use software. I doubt there will be anytime soon. Liability laws are tricky, but the lawyers I've spoken with have been clear that software isn't currently covered in most instances. The whole article is basically nonsense from that respect. The people they interview set the stage for liability and responsibility then seem to discuss how open source should be treated special in this context. 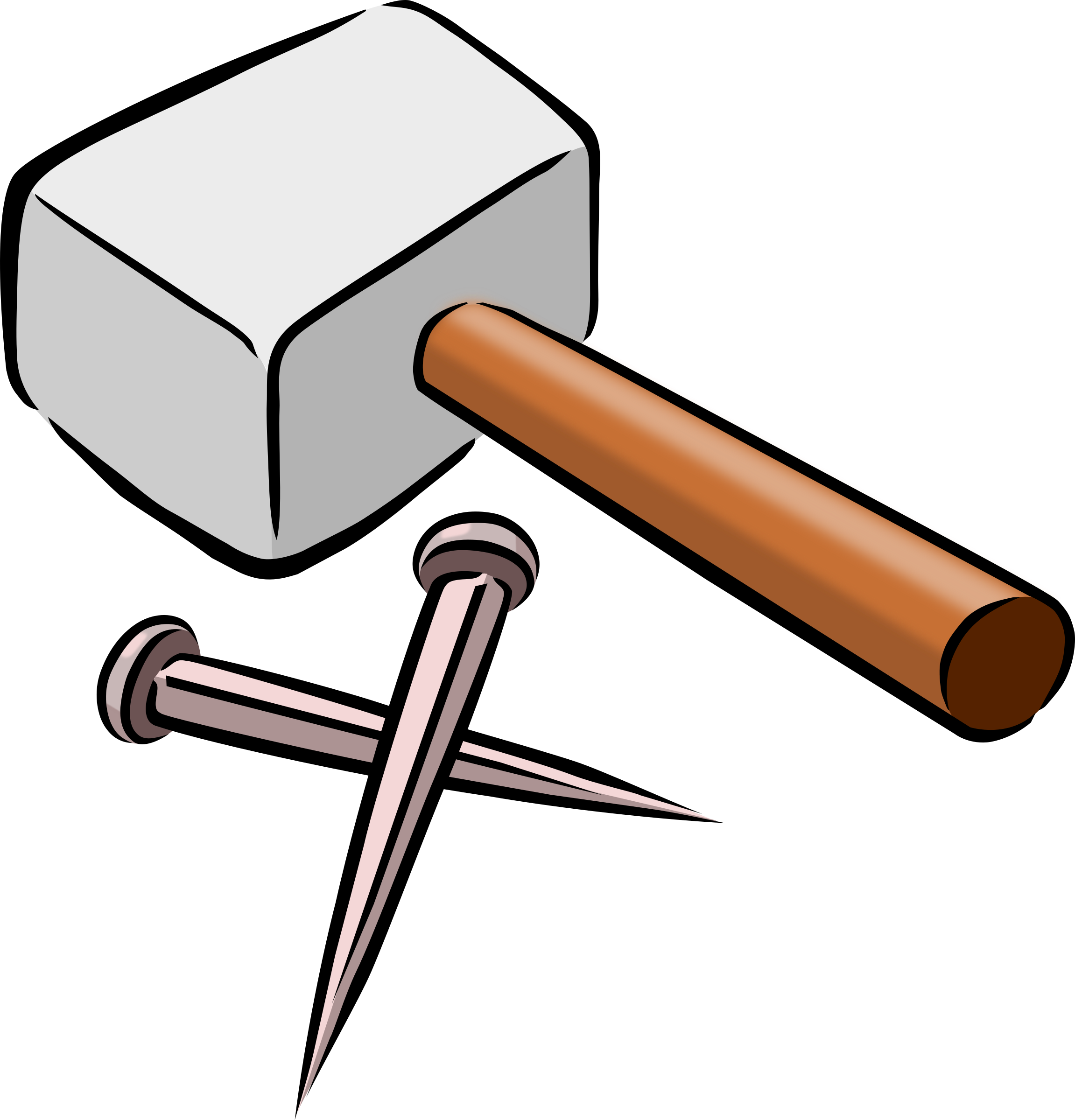 The real problem is we don't know how to secure our software in an acceptable manner. Trying to talk about liability and responsibility is fine, nobody is going to worry about security until they have to. Using open source as a discussion point in this conversation clouds it though. We now get to shift the conversation from how do we improve security, to blaming something else for our problems. Open source is one of the tools we use to build our software. It might be the most powerful tool we've ever had. Tools are never the problem in a broken system even though they get blamed on a regular basis.

I'd like to end this saying we should make an effort to have more honest discussions about security incentives, but I don't think that will happen. As I mention in my previous blog post, our problem is a lack of leadership. Even if we fix security incentives, I don't see things getting much better under current leadership.
Posted by Josh Bressers at 5:54 PM No comments:
Email ThisBlogThis!Share to TwitterShare to FacebookShare to Pinterest

For the last few weeks I've seen news stories and much lamenting on twitter about the security skills shortage. Some say there is no shortage, some say it's horrible beyond belief. Basically there's someone arguing every possible side of this. I'm not going to debate if there is or isn't a worker shortage, that's not really the point. A lot of complaining was done by people who would call themselves leaders in the security universe. I then read the below article and change my thinking up a bit.


Loyal employees are worth MUCH MORE than their weight in gold

Our problem isn't a staff shortage. Our problem is we don't have any actual leaders. I mean people who aren't just "in charge". Real leaders aren't just in charge, they help their people grow in a way that accomplishes their vision. Virtually everyone in the security space has spent their entire careers working alone to learn new things. We are not an industry known for working together and the thing I'd never really thought about before was that if we never work together, we never really care about anyone or anything (except ourselves). The security people who are in charge of other security people aren't motivating anyone which by definition means they're not accomplishing any sort of vision. This holds true for most organizations since barely keeping the train on the track is pretty much the best case scenario.

If I was going to guess the existing HR people look at most security groups and see the same dumpster fire we see when we look at IoT.

In the industry today virtually everyone who is seen as being some sort of security leader is what a marketing person would call "thought leaders". Thought leaders aren't leaders. Some do have talent. Some had talent. And some just own a really nice suit. It doesn't matter though. What we end up with is a situation where the only thing anyone worries about is how many Twitter followers they have instead of making a real difference. You make a real difference when you coach and motivate someone else do great things.

Being a leader with loyal employees would be a monumental step for most organizations. We have no idea who to hire and how to teach them because the leaders don't know how to do those things. Those are skills real leaders have and real leaders develop in their people. I suspect the HR department knows what's wrong with the security groups. They also know we won't listen to them.

There is a security talent shortage, but it's a shortage of leadership talent.
Posted by Josh Bressers at 7:15 PM No comments:
Email ThisBlogThis!Share to TwitterShare to FacebookShare to Pinterest

I ran across this article about IoT security the other day

I find articles like this frustrating for the simple fact everyone keeps talking about security, but nobody is going to do anything. If you look at the history of humanity, we've never been proactive when dealing with problems. We wait until things can't get worse and the only actual option is to fix the problem. If you look at every problem there are at least two options. Option #1 is always "fix it". Option #2 is ignore it. There could be more options, but generally we pick #2 because it's the least amount of work in the short term. Humanity rarely cares about the long term implications of anything.

I know this isn't popular, but I'm going to say it: We aren't going to fix IoT security for a very long time

I really wish this wasn't true, but it just is. If a senator wants to pretend they're doing something but they're really just ignoring the problem, they hold a hearing and talk about how horrible something is. If they actually want to fix it they propose legislation. I'm not blaming anyone in charge mind you. They're really just doing what they think the people want. If we want the government to fix IoT we have to tell them to do it. Most people don't really care because they don't have a reason to care.

Here's the second point that I suspect many security people won't want to hear. The reason nobody cares about IoT security isn't because they're stupid. This is the narrative we've been telling ourselves for years. They don't care because the cost of doing nothing is substantially less than fixing IoT security. We love telling scary campfire stories about how the botnet was coming from inside the house and how a pacemaker will kill grandpa, but the reality is there hasn't been enough real damage done yet from insecure IoT. I'm not saying there won't ever be, there just hasn't been enough expensive widespread damage done yet to make anyone really care.

In world filled with insecurity, adding security to your product isn't a feature anyone really cares about. I've been doing research about topics such as pollution, mine safety, auto safety, airline safety, and a number of other problems from our past. There are no good examples where humans decided to be proactive and solve a problem before it became absolutely horrible. People need a reason to care, there isn't a reason for IoT security.

Someday something might happen that makes people start to care. As we add compute power to literally everything my security brain says there is some sort of horrible doom coming without security. But I've also been saying this for years and it's never really happened. There is a very real possibility that IoT security will just never happen if things never get bad enough.
Posted by Josh Bressers at 2:51 PM No comments:
Email ThisBlogThis!Share to TwitterShare to FacebookShare to Pinterest 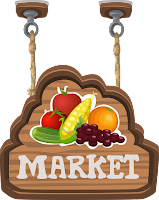 I've been thinking about the concept of free market forces this weekend. The basic idea here is that the price of a good is decided by the supply and demand of the market. If the market demands something, the price will go up if there it's in short supply. This is basically why the Nintendo Switch is still selling on eBay for more than it would cost in the store. There is a demand but there isn't a supply. But back to security. Let's think about something I'm going to call "free market security". What if demand and supply was driving security? Or we can flip the question around, what if the market will never drive security?

Of course security isn't really a thing like we think of goods and services in this context. At best we could call it a feature of another product. You can't buy security to add it to your products, it's just sort of something that happens as part of a larger system.

I'm leaning in the direction of secure products. Let's pick on mobile phones because that environment is really interesting. Is the market driving security into phones? I'd say the answer today is a giant "no". Most people buy phones that will never see a security update. They don't even ask about updates or security in most instances. You could argue they don't know this is even a problem.

Apple is the leader here by a wide margin. They have invested substantially into security, but why did they do this? If we want to think about market forces and security, what's the driver? If Apple phones were less secure would the market stop buying them? I suspect the sales wouldn't change at all. I know very few people who buy an iPhone for the security. I know zero people outside of some security professionals who would ever think about this question. Why Apple decided to take these actions is a topic for another day I suspect.

Switching gears, the Android ecosystem is pretty rough in this regard. The vast majority of phones sold today are android phones. Android phones that are competitively priced, all have similar hardware, and almost all of them are completely insecure. People still buy them though. Security is clearly not a feature that's driving anything in this market. I bought a Nexus phone because of security. This one single feature. I am clearly not the norm here though.

The whole point we should be thinking about is idea of a free market for security. It doesn't exist, it probably won't exist. I see it like pollution. There isn't a very large market products that either don't pollute, or are made without polluting in some way. I know there are some people who worry about sustainability, but the vast majority of consumers don't really care. In fact nobody really cared about pollution until a river actually lit on fire. There are still some who don't, even after a river lit on fire.

I think there are many of us in security who keep waiting for demand to appear for more security. We keep watching and waiting, any day now everyone will see why this matters! It's not going to happen though. We do need security more  and more each day. The way everything is heading, things aren't looking great. I'd like to think we won't have to wait for the security equivalent of a river catching on fire, but I'm pretty sure that's what it will take.
Posted by Josh Bressers at 2:04 PM 1 comment:
Email ThisBlogThis!Share to TwitterShare to FacebookShare to Pinterest
Newer Posts Older Posts Home
Subscribe to: Posts (Atom)